I have a problem with 3 of my 5 Star Scouts in 2 Troops (1 B, 1 G). When I select the scout → Advancement → Life Scout i see NO Eagle Required Merit Badges listed and the two elective merit badges used for Star are NOT listed.
Star Scout Rank Requirements 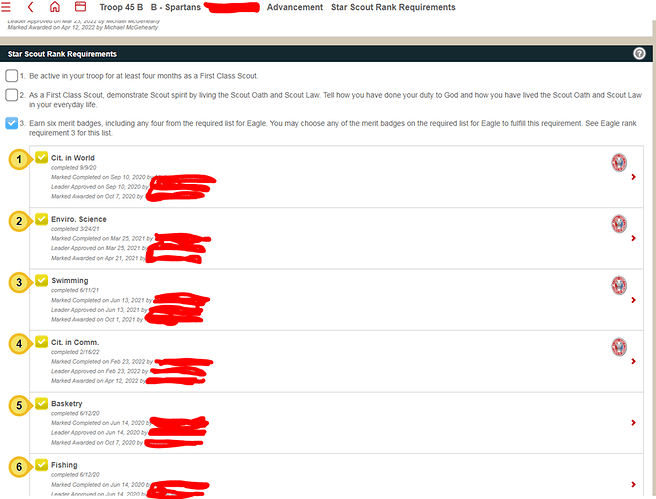 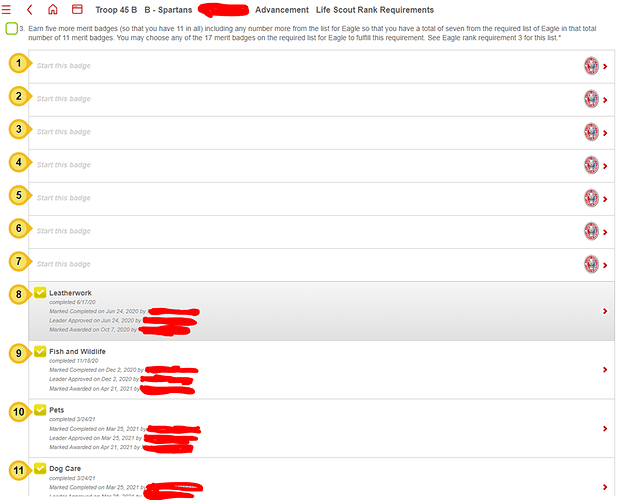 First, please confirm that the latest version of Star and Life are selected at the top of the respective pages. Let us know if these are set properly.

OK, I need to pass this on to the developers for investigation.

Once a scout has earned/been awarded the Rank you can not change what version so I cannot verify what version was used for the Star Scout Rank.

You might be able to work around this by generating a rank report (Report Builder) that includes their star rank. It reports the version, but it might only do that if there is more than one version represented in the report. I have multiple “age groupings” of scouts, so we have a couple of Star versions represented (2013 and 2016). It looks like this on the left side of the report: 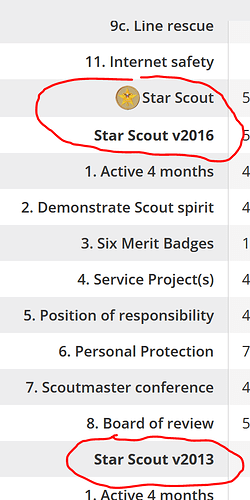 I suspected that starting/ completing another Eagle Required would fix the problem, but it is still a bug that should go into the que for repair. Probably NOT a major issue but something that another SB user may also question / have an issue with until it is fixed.
Thanks for all y’all do.
Mike

I can see how we missed in testing though