Scoutbook Imported Parent Instead of Scout

I have a new scout where the parent filled out the application online and everything looked great on my end when I accepted the application. I now have the Scout’s patent listed as a scout in scoutbook instead of the Scout. Date of birth even correct for the parent imported as a Scout. How does this get fixed?

I have the same thing that has happen. The dad was a Scout before.

What I think happened. Dad didn’t click “yes” to register as a new Scout. I think dad entered his BSA ID.

I have addresses this to our local Council, but they don’t know how to fix it.

The application has the child’s name. When pulled over to Scoutbook it has Dad’s name and Dad’s original number. 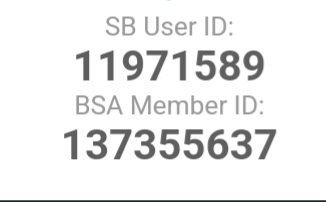 I have two confirmed cases of this now.
I have had ~12 new scouts register using the online Application. Two scouts came through with the Adult as the Youth.
Application Manager shows the proper Scout and Adult, but the BSA ID at the top of the Application PDF is the same.
The Roster shows the parents name.
One of these two examples applied on 9/6 and was caught in the large “Roster to Scoutbook” import breakdown. That scout has not synced to Scoutbook.
The other example applied on 9/13 and they DID sync to scoutbook but have the parent’s name.