A parent emailed the entire pack unexpectedly tonight. The intentions was ok and it not inappropriate but we don’t want parents to be able to do this. Is there a way to turn off their access to do that?

I think they can only email leaders or the parents of scouts who they are connected to. Are you seeing otherwise?

@AndrewMeyer3 - that would be done via connection manager… you would need to remove the adult connections to other scouts. Admittedly an issue I have never had to deal with.

@AndrewMeyer3 - connection is only possible to scouts

He was never a master or even a leader 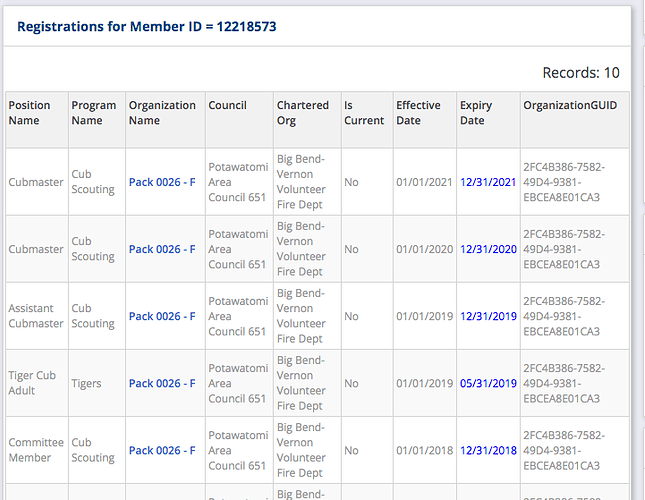 @AndrewMeyer3 - well the database does not lie

Looking further that is a different unit - but he is connected to scouts in your unit with View Profile - so he can email. If you take away all the view profile connections then he cannot email

Ok that is helpful. I believe I see the toggle for that which is set to “on” but geyed out-ish for me indicating I don’t have access to toggle off and I tried it and confirmed I can’t with my access.

There’s no toggle. Go to the page roster page > connections manager. Click the adult’s name. Uncheck all the boxes and click set permission. That will modify the entire row other than their own children and any automatics from being an admin.