After I was approved as a MB counselor, two new units that I’m not registered with started to show up on my profile. I can’t remove myself from those units and I don’t show as having an active role in them either. 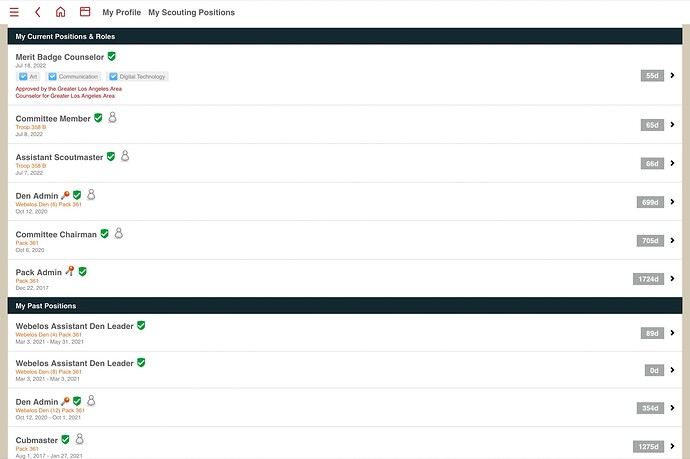 @EdwardZee Dirst you need to talk to council to get rid of the Unit Participant Registration - that is wrong. I would also go to My Connections and click the Clean/Clear Old Connections to see if that helps

Also Try Log Out > then hold Down SHIFT and Refresh page at same time. This could be a cache issue, cause I do not see those units either.

Looks like clean connections got rid of pack 12, but crew 100 still shows.

Ah interesting. So is this actually correct then? I can’t see D Loo on that crew page.

go to the membership page of scout

Looks like that was it. I suppose then there’s nothing more to do on this issue? 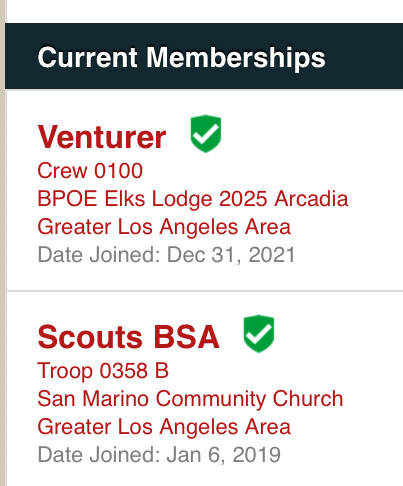 My last concern was being listed as a scout not in a patrol on 358B (screenshot in original post). I noticed there’s another adult leader on that list too that joined at the same time (E. Lee).

Ok I’ll check with our committee chair on that. I think they’re planning to register D. Loo as ASM soon, so he will need to be moved to UP at that time I suppose.